“Semi-Runner/Dry. 110+ days to first dry pods. Very productive plants 20 inches tall sprawl on the ground, and do not stand upright as they mature. A bean I had originally acquired from Seed Savers Exchange in the early 80's and given to me on loan from Kent Whealey. The bean orignally was called Bird Egg. During the 80's I had filled requests for this bean for members of the Seed Savers Exchange. In early 2013 I acquired the bean again from SSE's Heritage Farm and found that the beans name had been changed to Bird Egg #2.” Ref. Russ Crow 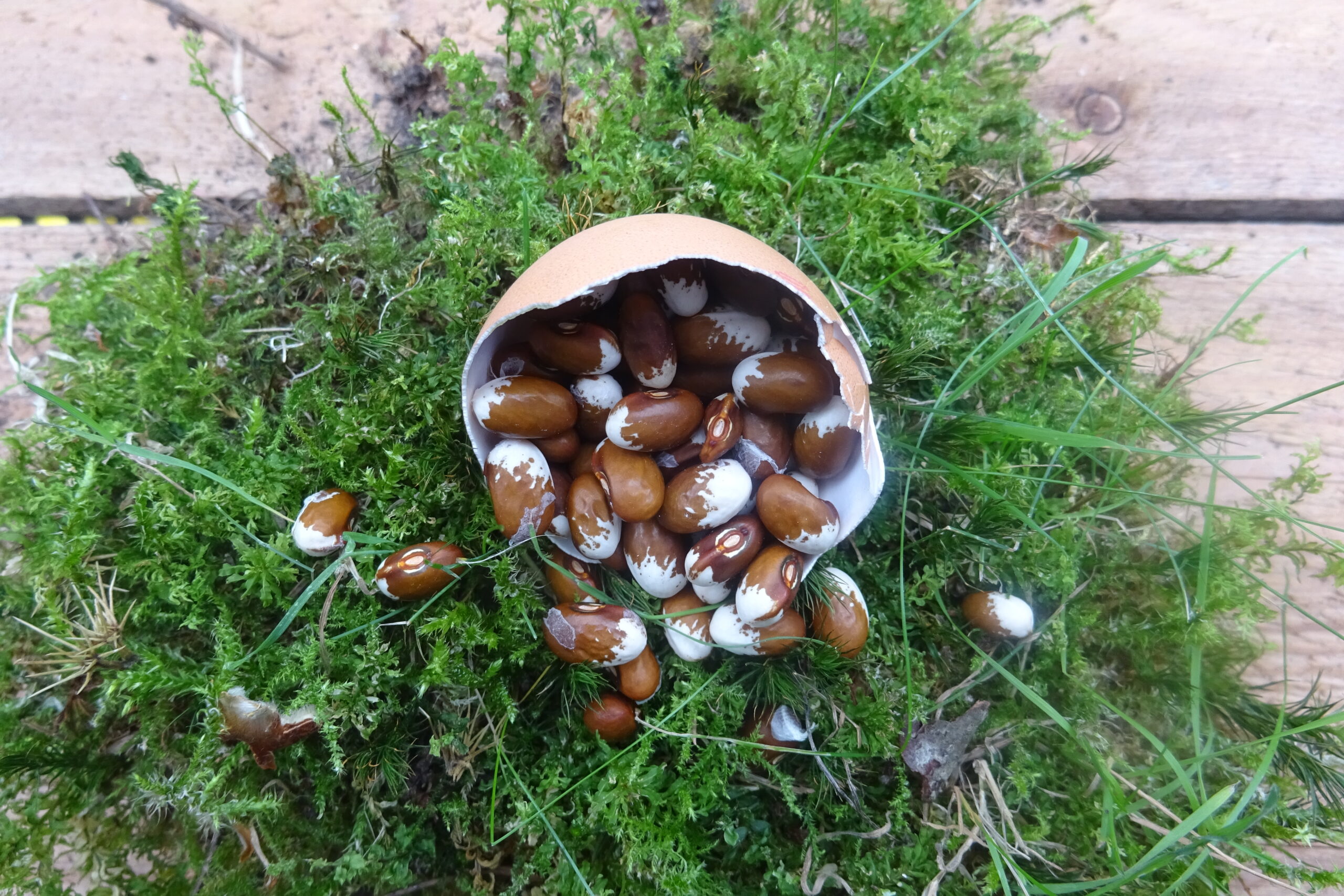