From Seed Savers Exchange een vereniging uit Decorah-Iowa-USA-
"Bush, dry bean. Beans have dark maroon mottling with tan flecks; are large, plump, and long. Good flavor and texture. Pods 5-6" long; 0.5" wide; green; straight. Pods develop light red stripes at maturity. Plants reach about 18" tall, but can climb slightly depending on conditions. Pink flowers. 4-6 seeds per pod. Medium productivity when grown in 2016 at Heritage Farm. Early maturing. Donated to SSE in 2013 by Remy Orlowski of Tonawanda, NY. Remy received the beans from Gene Pryzybyl who received them from Norton Rickard (deceased) in exchange for helping Norton plow a field. Norton was an elder of the Tuscarora Nation, the geographic home of which is the Tuscarora Reservation in Niagara County, NY. Remy later visited Norton, who told her that he and his older brother received seeds of the variety when he was a young teen. (Remy estimates circa the early 1950s.) The seeds were from an elder woman from the Allegany Reservation (Cattaraugus County, NY). She made Norton and his brother promise that they would preserve and maintain the beans. She also indicated that the beans were used for making bread. SSE Accession # 132322." 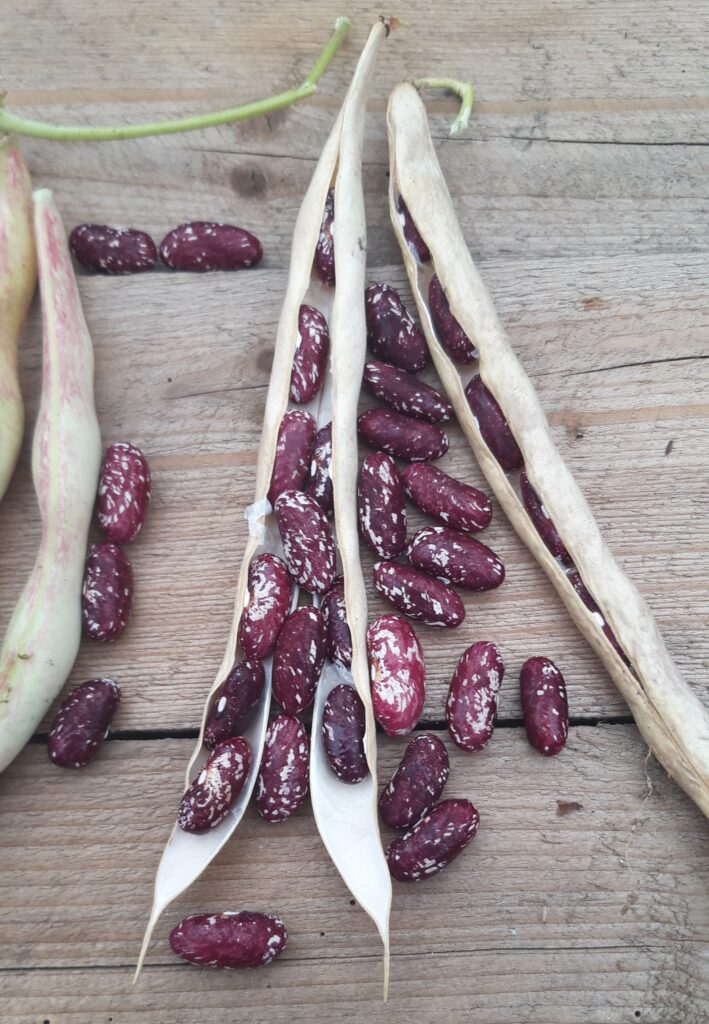